Night Shyamalan has a wide range of films with a wide range of quality and having watched them all for the Success or Failure segment I am now going to rank them in terms of my favourite to least favourite (note: this is not ranked by quality, as #1 will certainly be near the bottom in terms of quality but I still love it). From his debut film, Praying with Anger to his most-recent outing, Split, he is a man who divides opinion on how good he truly is, but he has certainly had some quality films. So, here is my list from 12-1 of my favourite M. Night Shyamalan films.

There are a few film couplets where it’s harder to decide which ranks where, and #12 and #11 are one of those film couplets, but I’ve gone with The Last Airbender last purely because it’s shockingly bad and really, really annoying (slightly more so than #11). The Last Airbender suffers from writing issues, presentation issues, acting issues and whitewashing issues. It’s a terrible adaptation from start to finish and fully deserves its 6% Rotten Tomatoes score (Shyamalan’s lowest) and its Worst Film Razzie award. Awful film: steer clear.

A couple of Razzie awards for father and son duo Will and Jaden Smith are well deserved from this pile of ****. It’s boring from start to finish. Jaden and Will Smith deliver terrible performances in a terribly dull story about Earth a thousand years after humans have abandoned it and only animals which have adapted to kill humans remain: animals such as snakes and lions. You know, animals which right now, 1,000 years earlier than this film’s setting, are still prone to killing humans should we wonder into their habitat. Such a boring waste of nearly two hours of my life.

In most lists this would probably be bottom because it wasn’t a genre I’m a fan of, the comedy style doesn’t work with me and the film overall isn’t brilliant, but Wide Awake gets a bit of a pass as Shyamalan went on to make two worse films (as well as having a marginally worse film already in his filmography). Thankfully Shyamalan realised he preferred thrillers to family-friendly comedies as I doubt his career would have prospered had he of stuck with the latter. It made me laugh once or twice but I wasn’t too invested in the story.

This wasn’t a bad film, it was just a film with bad advertising and a bad twist. The love story and the period drama element were actually alright, made all the better with this prospect of a group of wild creatures lurking just outside the town. But all that decent acting and relatively decent storytelling was undermined by Shyamalan’s desire/need to include a twist . . . but then he made two twists. One would’ve maybe saved this, but two was too many that didn’t work well together.

The film which made people once again trust a Shyamalan film, The Visit is a found-footage horror film (with a twist ending, obviously) and for the most part it’s fine. Nothing special, just fine. Although I did really like the twist ending and it made the film slightly better, but despite it reviving Shyamalan’s career it shouldn’t be mistaken for a really good film.

While the remainder of this list is the really good Shyamalan films and those so bad they’re good, it means Signs is a bit of stuck in the middle. It’s a pretty solid alien-invasion film, surprisingly unique for a saturated genre, but the dialogue of the children and the ridiculousness of aliens who are weak to water invading a planet that’s 70% water give reasons for those who say Signs was the beginning of the Shyamalan downfall. Solid, not spectacular.

Quite possibly low-key one of my favourite superhero films as it took a pretty poor genre (this was 2000, remember) and added a dramatic element and it worked. Although it’s stupid how David is unaware of his condition. The acting is great, the story is great, the pacing is a little slow for too long but it’s still a highly entertaining film. 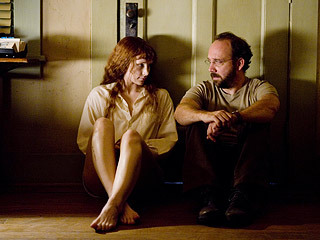 The first of Shyamalan’s two films which are so bad they’re good, Lady in the Water was created with honest intentions, making a film about a children’s fairy-tale Shyamalan told his children, but something went drastically wrong in the production. The acting is terrible and the writing is ridiculous (a child reads the future through cereal boxes) but, on the bright side, it’s absolutely hilarious (a child reads the future through cereal boxes). In terms of quality this isn’t that high, but in terms of enjoyability this absolutely deserves its place because you will enjoy the ride. 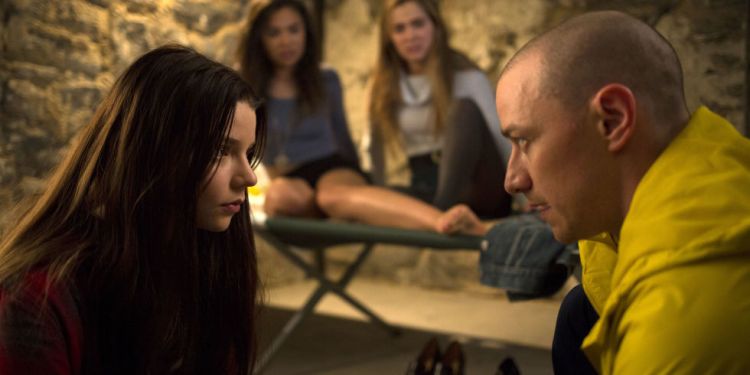 The Visit allowed fans to believe in Shyamalan again, but Split made us realise he can still direct a quality film. James McAvoy and Anya Taylor-Joy are both brilliant in their roles and the writing, for the most part, carries the film along at a solid pace, unveiling information as it needs to be unveiled. There are a lot of scenes where characters stare at the screen and there are so many obvious exposition scenes but the final act of Split made up for everything, and the twist ending is fantastic and fantastically done. 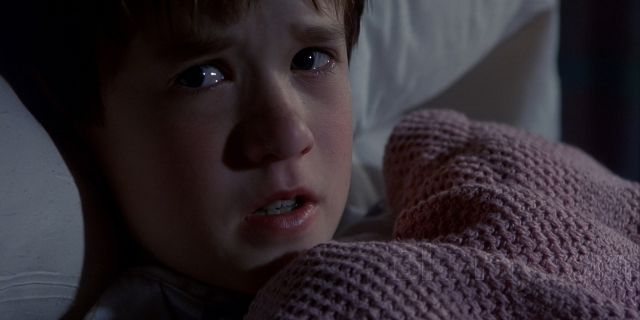 This is Shyamalan’s film. When you think of a Shyamalan film or if you’re asked to quote anything from his films it’ll either be The Sixth Sense and the now-legendary ‘I see dead people’ quote. It’s a perfectly paced horror, carefully unveiling the story in a clever way that keeps the twist ending hidden but obvious. Bruce Willis is fantastic, as is Haley Joel Osment and Shyamalan’s writing actually isn’t terrible when it comes to dialogue. A fantastic early film, but being nearly 19 years and 10 films later and still seeing The Sixth Sense as the best (in terms of quality) it shows where Shyamalan has gone since.

Okay, I know this is a bad film. I know The Sixth Sense is a better film and that 99.999% of lists like this will have The Happening in an extremely low position, but it’s just a beautiful mess of a film in the funniest possible ways. I really like Zoey Deschanel and Mark Wahlberg as actors but they were so miscast in this film and clearly realised the script was terrible so they gave such a half-caring display but it all works in the worst and best possible way. I can watch this over and over and cannot any longer hear about hot dogs without laughing and having The Happening in my head. There are so many quotable moments and hilarious moments that is (probably controversially) steals the top spot in my favourites of all Shyamalan’s filmography.