‘After the disaster that was After Earth, The Visit is a major, major leap in the right direction’

After over a decade of being critically panned, M. Night Shyamalan decided to take a risk (on a much smaller budget) and make a found-footage horror film. Becca (Olivia DeJonge) and Tyler (Ed Oxenbould) take a visit to see their grandparents, whom they have never met (due to a falling out between the grandparents and Loretta (Kathryn Hahn, A Bad Moms Christmas) some years prior). Their grandparents, only really called by Nana (Deanna Dunagan) and Pop Pop (Peter McRobbie), initially seem warm, welcoming and loving, but soon the visit takes some strange turns as the grandparents do not seem as friendly shortly after.

The found-footage is presented in a documentary form, with Becca an aspiring documentarian looking to film the whole weekend (and get forgiveness for her mother in the process), and many of the scenes begin with her telling people where to stand or how the scene looks (I’ll be coming back to this point), which is rather unique among found footage films. The story of the grandparents’ behaviour is also really well written as they start off slowly acting strange before going completely insane by the end, and I cannot praise as to why it’s good storytelling rather than generic evolution in these films (as that’d be a spoiler) but it is. The characters are also quite fun; M. Night has often made unintentionally funny films (here’s looking at you Lady in the Water and The Happening), but here he seems to embrace that and make us laugh with the characters rather than at them. Yeah  sometimes Tyler is over the top strange but for the most part he’s actually quite funny. 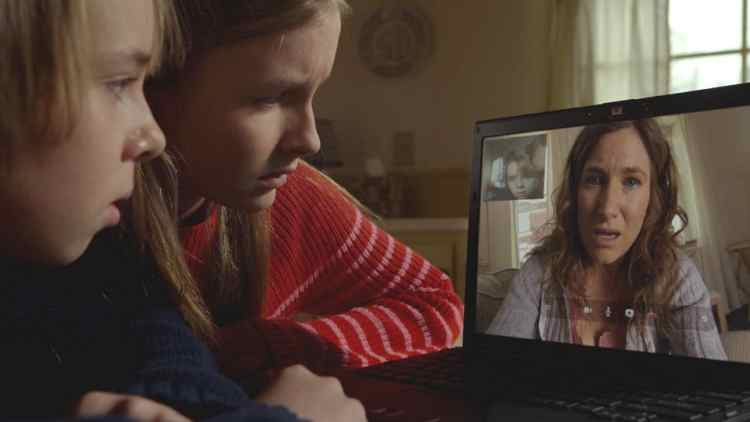 However, it is still plagued by the same curse that has plagued a lot of M. Night Shyamalan’s films: dialogue. The children don’t sound like children at times and it really takes you out of the moment. Even if we buy the fact that Becca is well aware of all terminology and recording styles, some of the way she presents sentences are just bizarre and unlike actual human dialogue. I also disliked one main aspect of the found-footage presentation and that is whether what we’re seeing is the finished project or just them recording it. Initially it looks like they’re getting the footage together (which is why she directs people a lot during it) but the ending makes it seem like this is the finished project (which would make sense as why would you show us the making of rather than the actual documentary). It’s a bit confusing at times as it’s never fully clear the style he was going for.

There’s a nice story running through it with Loretta’s history with her parents which includes a touching scene at the end, coupled with increasingly bizarre grandparents and a well written story (plot-wise) with a fairly decent twist (Shyamalan loves a good twist ending). It’s not the massive comeback everyone had hoped for, but after the disaster that was After Earth, The Visit is a major, major leap in the right direction.