‘By no means is this a great film, teen-slasher films often aren’t, but it’s still quite fun to watch’

After the popularity of Scream, teen-slasher films slowly began to be desired and soon enough a film-adaptation of Erik Feig’s novel of the same name, adapted to suit a slasher film, came about with a cast of beautiful people being murdered one by one. After accidentally running over a stranger and deciding to throw him in the river (to avoid going to jail for manslaughter), four friends, Julie (Jennifer Love Hewitt, I Still Know What You Did Last Summer), Helen (Sarah Michelle Gellar), Barry (Ryan Phillippe, Crash) and Ray (Freddie Prinze Jr., I Still Know What You Did Last Summer), soon go their separate ways and struggle to retain their friendship over the subsequent year. The following summer, though, Julie arrives home from university to find letters informing her that someone knows about what she did last summer, and a one-by-one murder storyline soon unfolds.

By no means is this a great film, teen-slasher films often aren’t, but it’s still quite fun to watch. They even find a fairly nice balance between the murders and the story behind them. The dynamic between the group, their friendship ending due to the murder, is a fairly interesting element added. It forces borderline enemies to come together for the greater good, and they even allow for a character to disbelieve everything Julie is saying. As far as slasher films go, it’s one of the better stories behind it, even if there are holes in it. 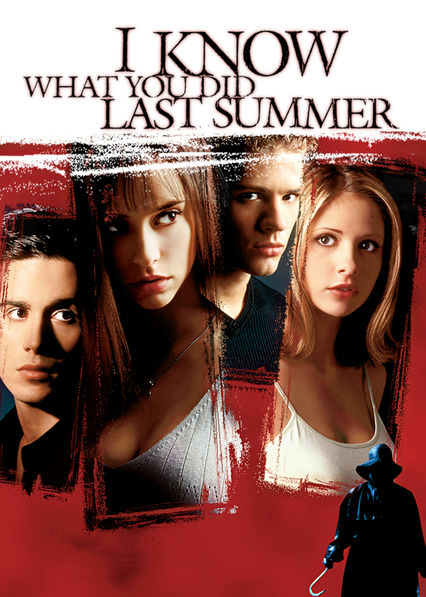 But one of the biggest disappointments for me, though, was the way the characters were written. Julie is a hard-working nice girl (perfectly fitting the ‘virgin’ role), Helen is a beauty queen loved up with Barry (portraying the traditional role of the ‘whore’) and Barry, himself, is a gym-going hard-faced lad (fitting the ‘jock’ role). They are all just stereotypical character tropes which is disappointing.

There are many things you have to overlook to enjoy this film (like how the killer knows who the people are and where they are at all times, how he manages to kill and remove the bodies freely and cleanly in record time (especially a boot-load of crabs), how everybody is beautiful and how no parents or policeman are called to investigate), but it’s still a harmless slasher film with a unique charm. It has nice elements, such as the character reactions to it happening and their guilt resurfacing, as well as the traditional horror tropes of jump scares and outlandish murders, but nothing too challenging or horrifying.