Recently I completed my first ever half-marathon (13.1 miles/20km), spoilers for later in this countdown, by the way, and it got me thinking about all the other landmark moments or accomplishments that have made me proud, and so I decided to pump them in a list. I completely agree this will be a self-promoting list of me patting myself on that back, but I wanted this collection on my website and the therapy from reliving some of these moments is priceless. They’re all listed in date order, as I couldn’t bring myself to necessarily force an order between some of them.

Looking back now it is rather hilarious that I was against my sister being pregnant (for all the television-inspired reasons of why a baby shouldn’t be in our house), but it took one look at that baby to realise I’d been a pillock. It was a feeling I got used to as there were three kids in three years, but the third was where I was made godfather. And while I joke with my sister about not being given the role until her third child (so what is I was only 13, right?), having them trust in me to have that role was something I was immensely proud of. I know the role of godfathers in 21st-century Britain aren’t that important or religious as they once were, but it still carries that weight of importance to it. And it is something I shall be experiencing again next month as I take my tally to godfathership (I’ll allow it as a word) tally to three. 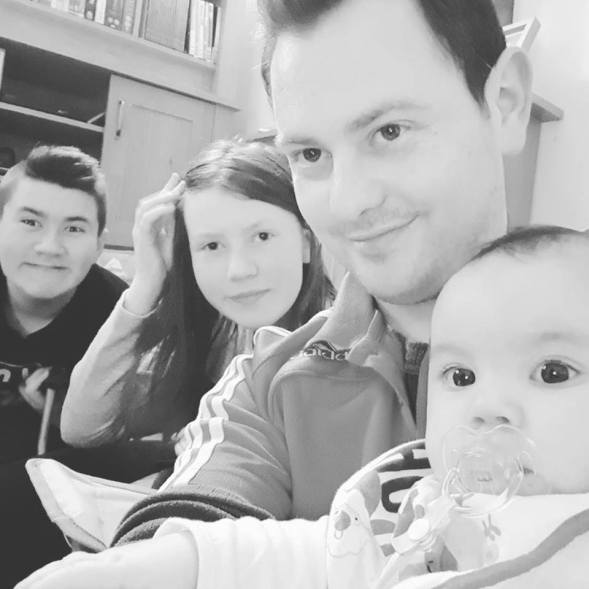 Carrying on from being made a godfather is my first of three graduations to feature (but not every graduation is included). It’s scary to think over a decade has passed since my high school life ended! This was the first major moment to happen to me from something that I had achieved on my own, and my GCSE results were fairly decent (I was always clever but lazy), and the feeling of finishing those five years of hard work was very much rewarding.

I’m going to start this immediately by saying I never ultimately joined the RAF. However, back in college between 2008-2010 I studied Public Services with a view to eventually joining one of the forces (spoiler alert, that is a graduation not featured on this list). It was a lengthy application process (firstly I failed my hearing test to had to have that re-done, then I failed my eyesight test which made me realise I needed glasses) and after I had passed so many interview and assessment stages it came down to a fitness test. A mile and a half (2.4km) in 12-minutes. I was a lot fitter, athletically, back then but I still had to train, I still had to maintain that ability and ultimately it became the one stage I managed to ease through at the first try (despite throwing up due to nerves on the treadmill during it). It was the first real test of my fitness, and a feeling I wanted to replicate nigh on a decade later.

After I had graduated from college and the RAF dream had flown away (I failed the very last hurdle and needed to wait six months before reapplying, and by the end of those six months that ability to run a mile and a half (2.4km) in under 12-minutes was no more, and never has it been since), I needed a second job to be finically fine. I was still living at home but with no college money coming in a part-time job just wasn’t going to cut it. It was a second job in retail and neither job liked that I was contracted to another, but neither could offer me the full-time hours to change it. In the summer of 2011, though, Coop trusted me with the position of a supervisor. At 20 years of age being promoted kind of cemented my immediate future was in retail. A couple of months later, however, Pound Stretcher, my other employers, promoted me to being Assistant Manager. To have two sets of responsibilities and two stores to open up/close down despite each job knowing I was promised to another and my time was limited, it really made me proud of my work ethic. To gain one promotion is an achievement, but to have two in the same space of time simultaneously was something unusually impressive. 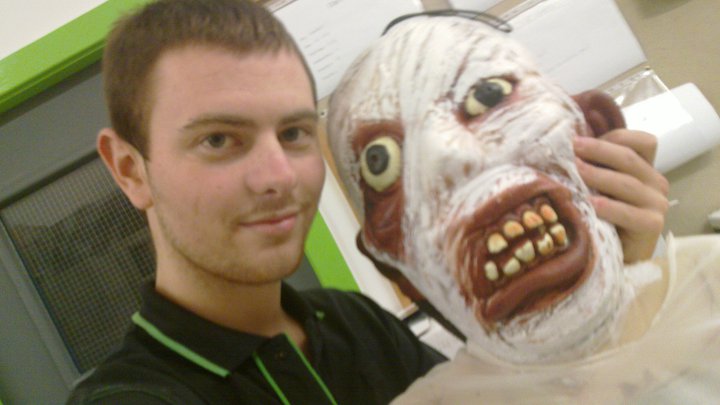 While I bathed in the glory of being promoted for several months, my time in retail soon soured. Knowing I needed something to do I took up a course at college with the view of going to university (finally). I had to maintain two jobs (strangely, I started 2012 with two jobs and ended 2012 with a completely different set of two jobs) and did a college course more difficult than even my first year of university. The workload was hectic (specifically designed to combine a normal two-year college course into one-year) and my time was limited, so to graduate with either Merit grades or Distinctions (Pass being the lowest, Merit in the middle and Distinction the highest) in everything despite everything, and subsequently gaining a place at university, was an achievement I rank as one of the highest. 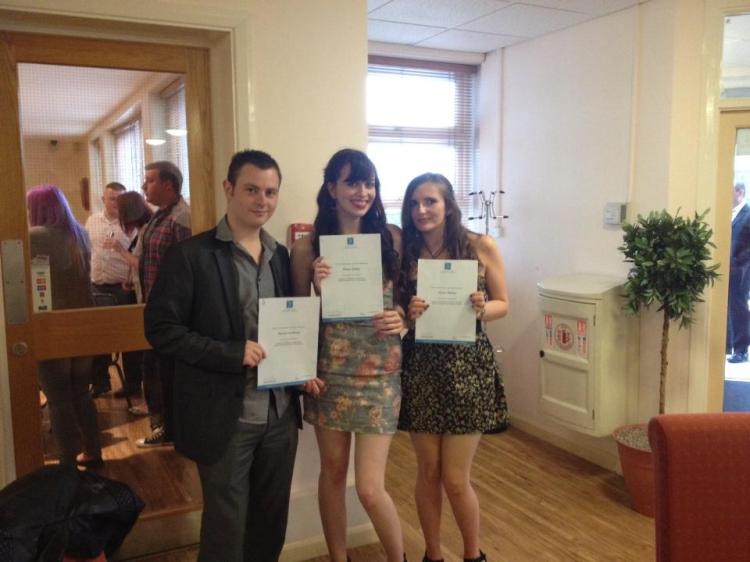 One day in university there was a group of people promoting a company called Americamp, a company who help university students work in summer camps in America. This, to me, was a farfetched idea and one I knew would never come to pass, but I still took a leaflet to have a little read. Stage by stage it got scarier and scarier that this notion of actually going to America to work was becoming more and more of a reality. Journeys all across England (including a long day back and forth to London) was all paid off in February as Long Lake Camp for the arts in upstate New York offered me a job. It was a completely different environment to the UK, and at times I may have struggled with certain things, but I was proud of my time working there, with the cherry on the cake being the three-week long tour of America’s southern coast, with stops in Vegas, the Grand Canyon and New Orleans being memories I will cherish forever. All because I wanted a drink and called into the exact building at university where Americamp had set up. 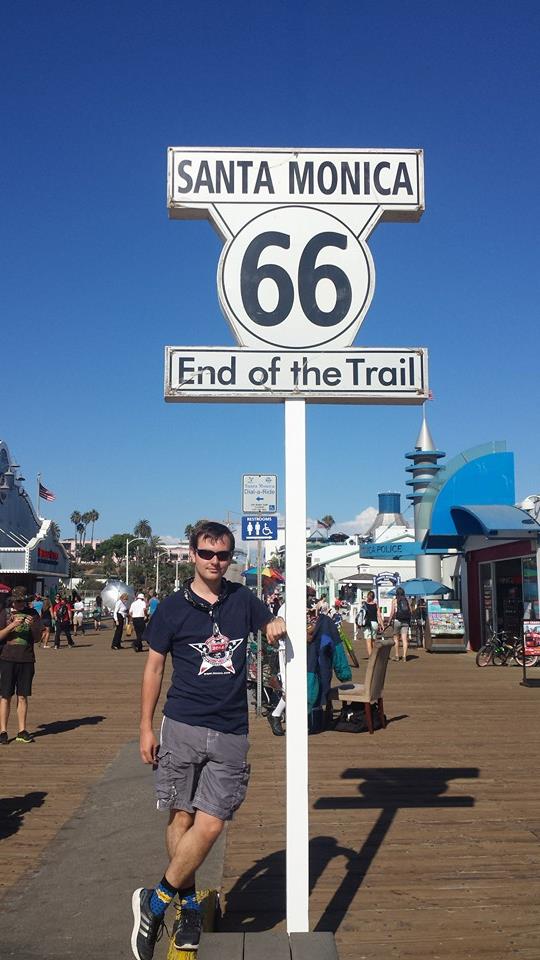 I think the story of my life is everything has been delayed. I didn’t go to university until 23 and I never passed my driving test until 24. This, similarly to my thoughts on the application process for Americamp, was something I was content with knowing I’d fail. I’d only been having lessons since the start of April (which sounds enough time but when June-September was taken up by working in America and not driving it narrows it down somewhat), had failed my written test twice and had even crashed the car on one of my lessons. I knew I was going to fail and had embraced the result knowing I could go again in May and be fine (much like with my RAF application). But then we pulled up at the end of the test and he remained silent before finally congratulating me. It’s the mentality that I was going to fail that made this accomplishment all the greater (and passing first time, baby!).

The third, and final, graduation on this list is easily the most impressive feat. After four years of stupidly hard work (maintaining a job in retail throughout) and an incredible amount of things changing between start and finish, to finally get over the line was an amazing feeling. Despite my grade not being the standard I’d hoped for, seeing my graduation certificate on my wall everyday still makes me smile. And I’m finally continuing on my studies later this year (again, delayed) so who knows; maybe in two years time another graduation will be on this list. 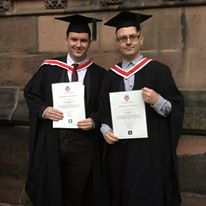 As writing accomplishments I’ve grouped these together (and the closeness with which they happened helps). Finally after university and college and working home and abroad I had the time to settle down and finalise my debut novel, Don’t Sit Under the Apple Tree and have it self-published. It gave me such goosebumps being able to load up Amazon and see my work there! The same feeling comes from my website whenever I see people from all across the world loading it up to see my film reviews. I know my writing career hasn’t take off in the vein I’d imagined in the 15 months since, but it still doesn’t shake off that feeling initially.

As touched upon at the start, the last Sunday in April I competed in the Chester Half-Marathon and completed it. It may not appear, looking at my final time, that impressive, but I only started training in February after years and years of being unhealthy (basically since passing that RAF fitness test), so the first step in an ultimate journey (the next being October’s full Marathon (26.2 miles/42km)) meant passing was the goal, not necessarily the time in which I passed (I also know next time not to injure myself playing badminton three days before a long run). That feeling stepping over the finish line after over two hours of running is something not easily replicated; and, like addicted by a drug, I want more of it. And if a full marathon is twice as long, surely that feeling would be twice as good!