Before Ben Affleck, before Christian Bale, before George Clooney and Val Kilmer and Michael Keaton was Adam West, the first actor to portray Batman in a theatrical release. A continuation of the TV series (released after the first season, and using mostly the same cast of actors and characters), this film sees Batman/Bruce Wayne and his sidekick Robin/Dick Grayson (Burt Ward) have to prevent a plan from a United Underworld team of supervillains, as The Joker (Cesar Romero) has joined forces with Catwoman/Miss Kitka (Lee Meriwether), The Penguin (Burgess Meredith, Rocky) and The Riddler (Frank Gorshin). Their plan is to take over the world (two supervillains could have taken over Gotham, three could have taken over the United States, but all four have the world as their target) by dehydrating political world leaders to a powder. The film is full of Bat-copters, and Bat-caves, and Bat-shark-repellents, and Bat-ropes, as well as all of the campiness and title-action screens. 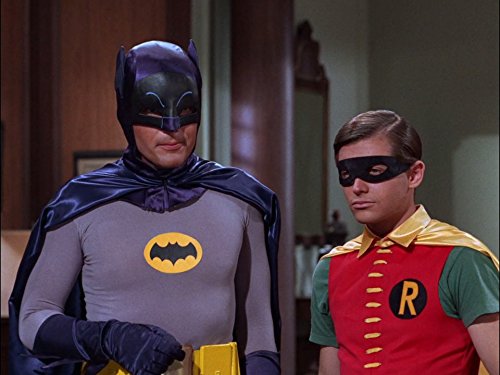 This film is a lot of fun from start to finish, and that is due in large part to its campiness. Batman & Robin was extremely campy, but there’s a ridiculousness about that film (not to mention it’s terrible) that this film doesn’t have. Robin’s constant ‘holy –’ sayings are hilarious, as are the constant Bat-weapons at the right time (oh, there’s a shark on his leg, get the Bat-shark-repellent), the god-awful visuals (such as the shark which is clearly just a fake prop stuck to his leg), the in-fighting between the United Underworld, the puns, the colours . . . there’s so much fun to be had with this film. However, there are a few negatives.

While I found some of the writing hilarious, a lot of it is quite insulting to the viewer in the sense that they are simply telling us everything. The Riddler had a couple of riddles throughout and I was excited about trying to solve them but almost immediately after we see them, there’s a scene where Batman talks the riddles with someone, and after they repeat the riddle out loud Batman answers it without any struggle. And one of the riddles is completely ridiculous that I never worked out how they managed to answer it. We don’t see a moment where Batman and Robin try to work out the riddles, as a detective would (because, you know, Batman is essentially a detective), and I didn’t like that too much. Another thing I didn’t like about the writing was the lack of development from any of the characters throughout; Bruce’s romantic interest in Miss Kitka is about the only thing that’s really developed and even that isn’t given too much time; and I know an argument can be made that all the character development was made during the seasons, but even in later films in the current MCU the characters still grow, and this film didn’t really have any of that. 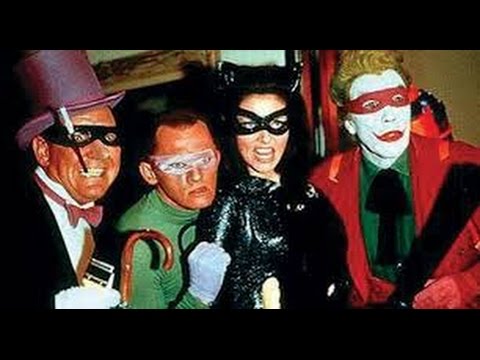 But when you watch this film, much in the same as Tommy Wiseau’s The Room, the acting and the writing aren’t going to bring you back for multiple viewings, its humour and charm will. And this film certainly has that in abundance. It has a solid plot with a united team of supervillains and all the campiness that superhero films used to have.